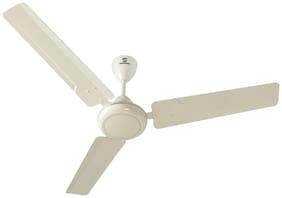 Standard fans: It's All About Quality and Style

A fan is a device humans usually use to cool themselves down when they are in during hot weather. Fans were originated around 3000 years ago. The history of making fans dates back long enough to see their significance and importance. The first fans were brought in China and later handheld fans that came along with hats came in Europe. The earliest form of fans that came into being was the handheld fans. They were made out of materials like leaves, cloth, paper, feathers etc. They are usually triangular or semicircular in shape. People wave them up and down to increase the flow of air towards them.

With the advent of technology, the functioning of fans changed over time. Then came the fans that were electronically powered and work on their own. It is a machine using an electric motor to rotate the blades to increase the airflow towards the users. Along with these fans came other fans some of which are:

Table fans: These fans are small and can fit anywhere. These are mostly used in areas which are compact and need cooling. They are portable and easy to use.

Pedestal fans: These fans are the one, which comes with adjustable heights. They can be made bigger or smaller according to the need. They are also very powerful and provide a lot of air to the users.

Window fans: These fans are mainly used in kitchens and bathrooms to facilitate the flow of air in and out of the rooms. These are very compact and allow fresh air to come in.

Industrial fans and blowers: these are made up of durable steel or iron, which facilitates a longer life for them, and are used for big industrial units.

Ceiling fans: these are the fans that are hung up on the roof of any room which has mostly 3 to 4 blades. These are slightly curved to increase the pressure in air and increase the airflow downwards.

With the increasing use of the ceiling fans, many companies came into the market to produce and sell these fans. They came up with a lot of models and designs to match the interior and give a different look to the rooms in which they are being used. Today a lot of companies make fans which are printed with animated cartoons which attract children and are best for their rooms.

Also today a lot of companies have come up with light bulb fitting in these fans to give an additional feature and look to these fans.

Some of the major fans producing companies in India are:

Orient electrical: Orient electrical was founded in the year 1954 and is a part of CK Birla group. It is a company with a diverse range of consumer electronic goods such as lights, fans, home appliances and switchgear. The Orient fans are the major and bestselling product of this brand.

Crompton electronic: Crompton Greaves is an Indian multinational corporation is a consumer electronic Production Company engaged in the design, manufacturing of the products related to power generation and marketing. It is based in Mumbai and was founded in the year 1878. It comes with a wide range of electronic products used for both the household and the industrial purposes. It is mainly known for the Crompton fans, light bulbs and selling lights.

Havells electronics: It was founded in the year 1983 and is one of the largest Indian companies to manufacture electrical equipment's. Ramingining from home (Havells fans, lights etc.) to kitchen appliances (mixer grinders, toasters etc.). It has come up with the fashion of LED lighting in India.

Bajaj electrical: Bajaj electrical is a major manufacturer of consumers electrical like kitchen appliances and home appliances. They bring out a wide range of affordable products for the general public. Bajaj fans are one of the major products which are sold by this brand.

Luminous electrical: it is a leading power and home appliance producer in India. The luminous fans are the major products that attract the eyes of the people and mostly used by them in their homes. The power generation wing includes the inverters and the batteries that are available in the market.

Gorilla electrical: these were designed to make fans for the industrial cooling purposes but with the advent of time and improvement in technology they started bringing the same for the household use. The gorilla fans are powerful and are mostly used in the rooms that are large and wider in the concept.

Orpat electrical: it is a major manufacturer of consumers electrical like kitchen appliances and home appliances. They bring out a wide range of affordable products for the general public. Orpat fans are also a major product used by the people today. Many of their products come into the best-selling category and provide people with good quality products.

Apart from these brands one of the other major brands that have come into the market for the production and research of electronic products is standard electrical.

Standard electrical is another major company that designs the products and markets them for the consumer use. These products range from the kitchen appliances to the products such as standard fans, lights, and other appliances. It is one of the leading brands in India which specialize in the design and production of consumer electronics. They are also a leading exporter of these fans outside India.

Standard electrical also hold a major share of the market and contribute almost 30% to the net production of electrical goods in this country. Standard also facilitates the people with excellent customer service and installation. It has brought in quality products in the market which shows the people what exactly quality is.

Some of the major fans introduced by the Standard are:

It comes with a warranty of 2 years. It has a stylish design and classic look which adds to the premium décor of the house. It gives high-speed downfall of air with low absorption of electricity. It has state of the art styling and prints in them. The product includes fan motor, blade set, down the road, canopy stick and twisted wire. The electricity used by this fan is almost 76 watts.

The blade of this product is 48 inches wide which allows the regulation of air and allows the flow and regulation more into the room. It is best suited for big rooms.

It has a stylish design and classic look which adds to the premium décor of the house. It gives high-speed downfall of air with low absorption of electricity. It only takes 220-240 volts of electricity to operate. It has state of the art styling and prints in them. The product includes fan motor, blade set, down the road, canopy stick and twisted wire.

It comes with a warranty of 2 years on the product. It uses 76-watt power to run. It uses less electricity and gives more air circulation in the rooms which it is fitted in. It has state of the art styling and prints in them.

Standard fans price ranges between RS 1000 to RS 5000 depending upon the model used by the consumers. The prices are mainly determined by seeing the material used and the quality of wiring used in the electronic motors. The better the material is, the higher the price. Also, the price range is differentiated on the basis of the blades of the fans. The wider the blades the more air it will disperse. This helps them to be used in big rooms and halls.

The major advantage of using Standard fans is that it comes with a two-year warranty. They have excellent customer service and the customer care executives are there for the people 24 hours a day. The problems of people are looked into on a priority basis and all the wishes and desires of the people are fulfilled.

During the installation of these fans people from the company go to the houses of the people and do the same they do not let their customers rely on other. The trained professionals fit the fans and help the people to understand their functioning and explain them the warranty and guarantee parts of the same.

The major new inventions brought in by them today are the low electricity fans that use less power and run fast, fans with lights in them provide brightness to the rooms and remote control fans that allow the people to switch on them from anywhere.

The best place to buy Standard fans is Paytm Mall. You can get lot of benefits on your purchases like Cashback, discounts, latest offers and other deals. Start shopping now to experience the best of online shopping at affordable and reasonable prices.