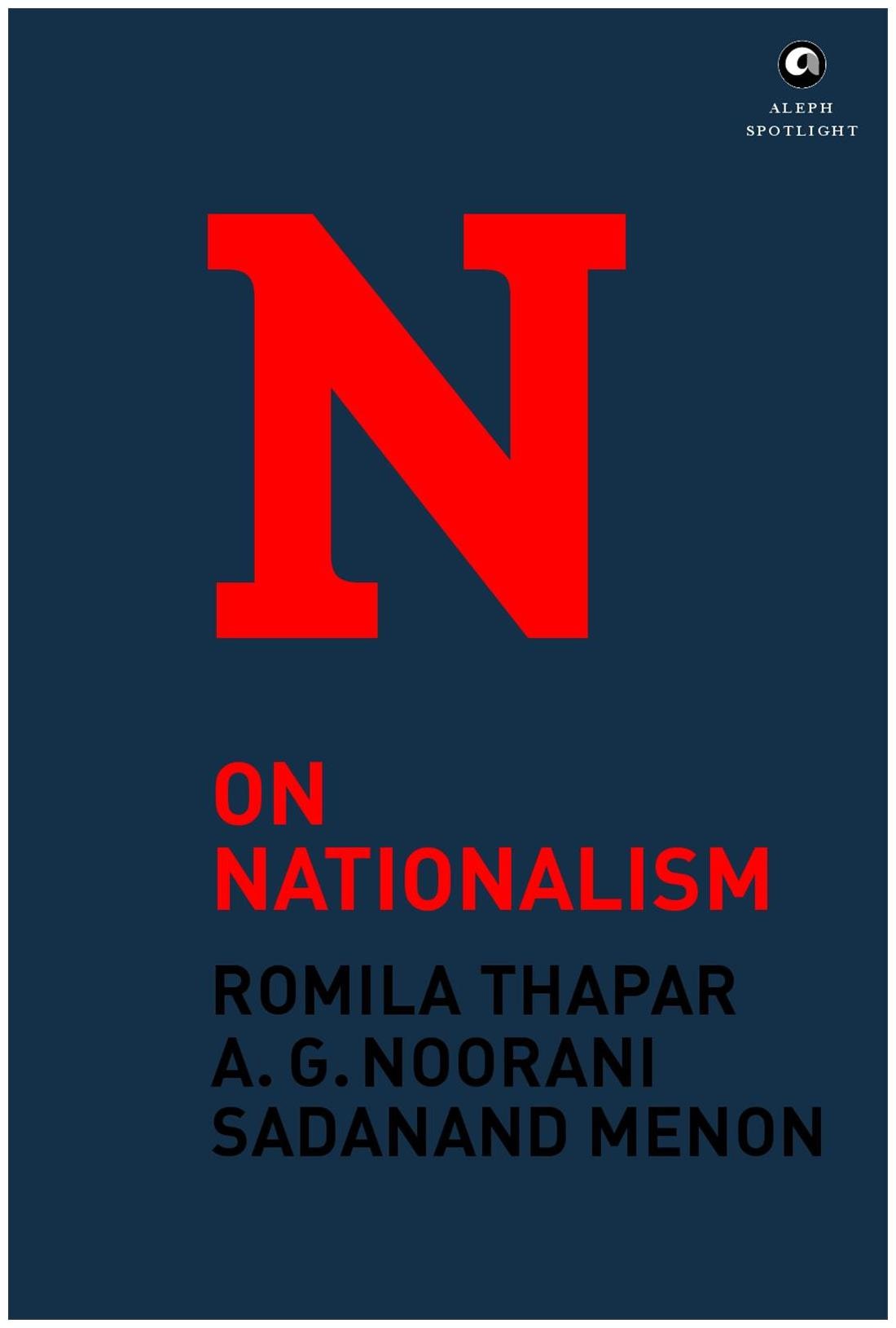 Product Type
Engineering Books
Product Code
9789383064113_30212
ISBN-13
9789383064113
ISBN-10
9383064110
Authored By
Romila Thapar; A. G. Noorani; Sadanand Menon
Publication Year
2016
Publisher Name
ALEPH BOOK COMPANY PVT LTD
No. Of Pages
176
Weight
500 gm
Binding
Hardcover
Languages
English
ISBN 13
9789383064113
Author Name
ROMILA THAPAR
What is true nationalism? What is pseudo-nationalism? What is anti-national? What is
patriotism? Is the shouting of nationalist slogans important to prove one s patriotism? Why
is Bharat Mata ki Jai so important to the right wing? Why does the law of sedition continue
to exist on the statute book of an independent country? Who should the sedition law be used
against? Why is cultural freedom important to a nation? What sort of India do we want? What
sort of Indians do we want to be? What sort of country do we want to leave behind for future
generations? These questions all involve one of the most fundamental ideas of India the
nationalism we inherited at birth. It is also one of the most hotly contested ideas of the twentyfirst
century. In this book, some of our finest thinkers and writers provide calm, measured
insights into the origins, nature, practice and future of Indian nationalism.

Romila Thapar is Emeritus Professor of History at the Jawaharlal Nehru University, New
Delhi. She is a Fellow of the British Academy. In 2008, Professor Thapar was awarded the
prestigious Kluge Prize of the US Library of Congress, which honours lifetime achievement
in studies such as history that are not covered by the Nobel Prize.
A. G. Noorani is an Indian lawyer, historian and author. He has practised as an advocate in
the Supreme Court of India and in the Bombay High Court. His columns have appeared in
the Hindustan Times, The Hindu, Frontline, Economic and Political Weekly and Dainik Bhaskar.
He is the author of a number of books, among them The Kashmir Question, The Trial of
Bhagat Singh, Constitutional Questions in India and The RSS and the BJP: A Division of Labour.
He is also the biographer of Badruddin Tyabji and Dr Zakir Hussain.
Sadanand Menon explores the charged space linking politics and culture through his
work in media, pedagogy and the arts. He is Adjunct Faculty, Asian College of Journalism,
Chennai and at IIT Madras. He has been an arts editor, columnist and photographer. A
long-time collaborator of the late dancer/choreographer Chandralekha. He is also a leading
stage lights designer. He has been on the Advisory Committees of the National Museum,
National Gallery of Modern Art, Lalit Kala Akademi, National School of Drama and the
Indian Institute of Advanced Study, Shimla. He is currently managing trustee of the Arts
Foundation, SPACES, Chennai.
Country Of Origin
India